I woke around 3am with mild, period type 'pains' and knew this was it...my labour was starting! I called the hospital in the morning and they advised me to come straight in when the sensations became more intense - I'd had a relatively quick labour with my daughter and they were concerned my labour may be even quicker second time around. The surges became more regular around 11am and I left for hospital around 11:45am after they became more intense (but not painful). I remember we parked up just after midday and I think I was in my room in the Mulberry suite (the midwife led unit at Frimley Park Hospital) by about 12:30pm.

Coincidentally, my sister had given birth the day before and was literally leaving hospital as I was arriving! I remember it so clearly...it was 1pm and I was lying on the bed, texting her a photo of the room (she had been induced and therefore wasn't able to go the Mulberry suite so was keen to see what it looked like!). Literally seconds after sending her the photo my water broke and my surges went up another notch! I'm pretty sure the urge to push started ten minutes later. As soon as it did, I remember I just wanted to focus on my breathing and not speak! :)

I was given gas and air and used it a couple of times but I found I lost my concentration with the breathing so I mainly used it for something to squeeze! My midwife was great, she read my birth plan, only monitored me when necessary and encouraged me to do whatever I felt my body was telling me to do..which was to push! There were times where one surge would peak and just as it was starting to ease, another surge would peak so I wasn't getting a break in between.

During these moments the urge to push would disappear a little but I was encouraged to still push, if I could. I found in these moments I would be more tempted to hold my breath so knowing the implications of doing this and how to breath in a way that would aid labour, was really helpful! It felt like I was in the pushing stage for ages but at 1:58pm (less than an hour of pushing) our baby boy was born! :) 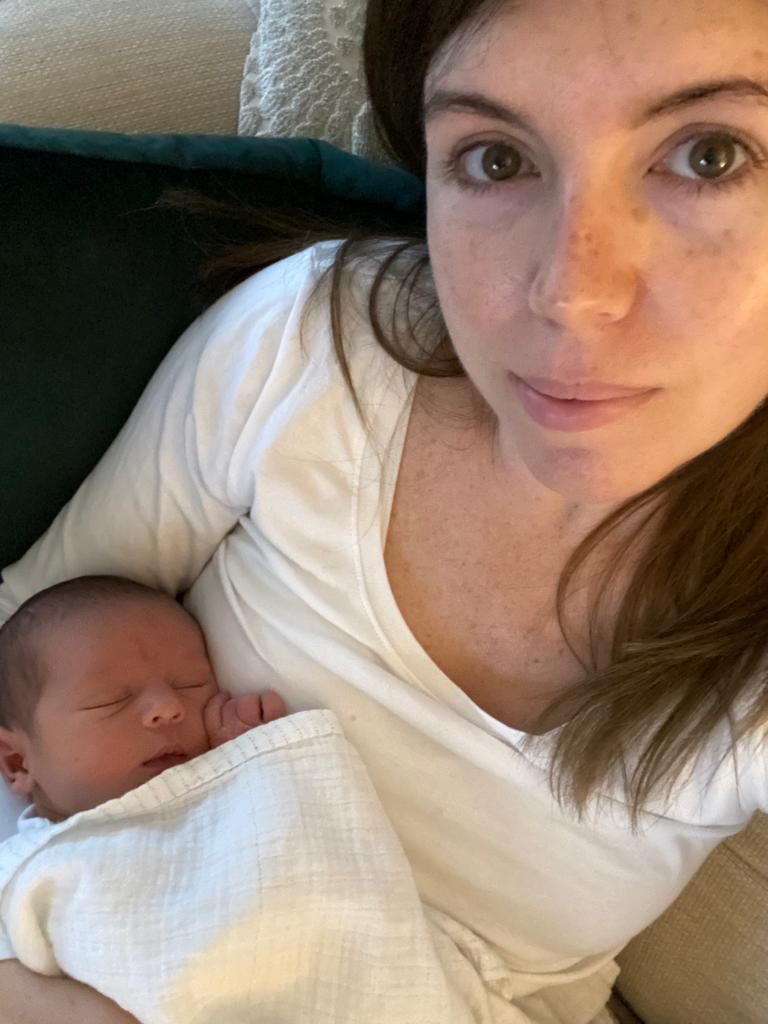